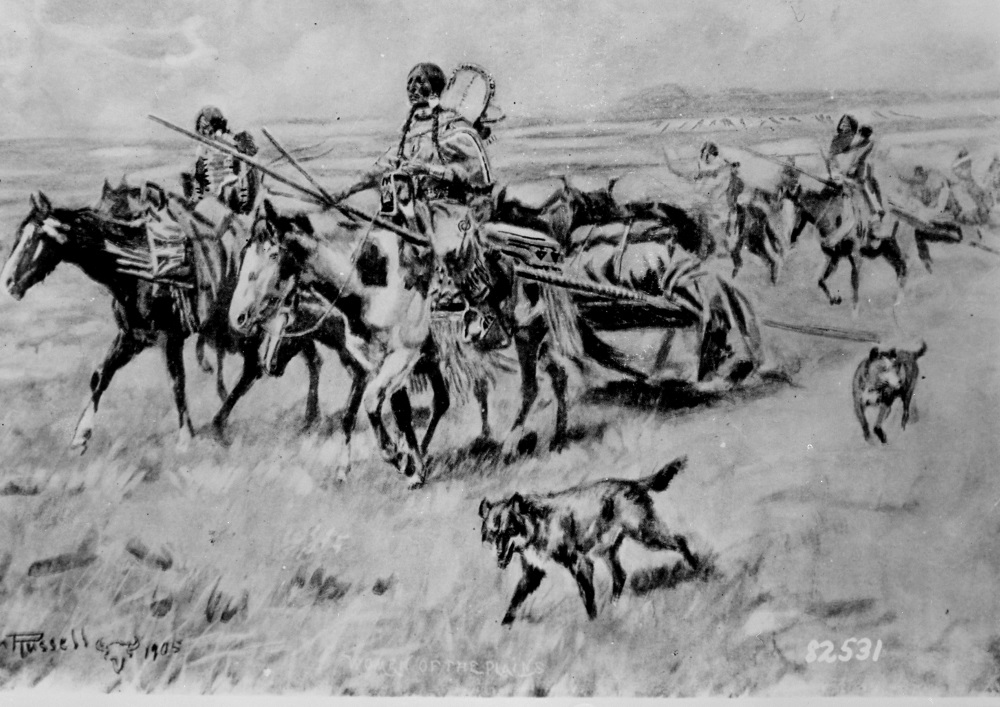 Long before the arrival of the European settlers, a wave of migration coming from Asia led to the first population of North America. In the course of time, a vast variety of cultures developed on the continent. Today, they are often referred to as Native Americans or indigenous people; but for a long time, they were called Indians by the Europeans. Most of them were organized in clans and bands, which were social units of varying size with their own economies, traditions and political leaders. Most Native Americans considered themselves to be part of a people or nation; however, the settlers mostly described their larger social groups as ‚tribes‘. Sometimes, several tribes would form alliances or confederacies to achieve common goals; some Native Americans also established large urban settlements. Most of their societies were highly complex, for example, the Cherokee had developed a class-society, a government including several distinct institutions and offices, and a system of slavery.

After the arrival of the Europeans, the societies of the Old and the New World stood in close contact with each other. The relationship between the new settlers and the Native Americans often involved trading, arrangements and alliances, but sometimes also conflicts and violence. Over time, the Europeans had pushed back many of the indigenous people from the Atlantic coast. Within the inland areas, however, some had been able to hold their territories until the 19th century.

On May 26th 1830, the U.S. Congress passed the Indian Removal Act. Its aim was to resettle most of the remaining indigenous population from their current territories in the southeast of North America to the continent’s centre. Their new land, the Indian Territory, was far away from the large U.S. settlements.

1 | The map above was created to illustrate the Trail of Tears (this is how the relocation of the Native American tribes is often called today). Read the information on the different tribes and solve the quiz below.