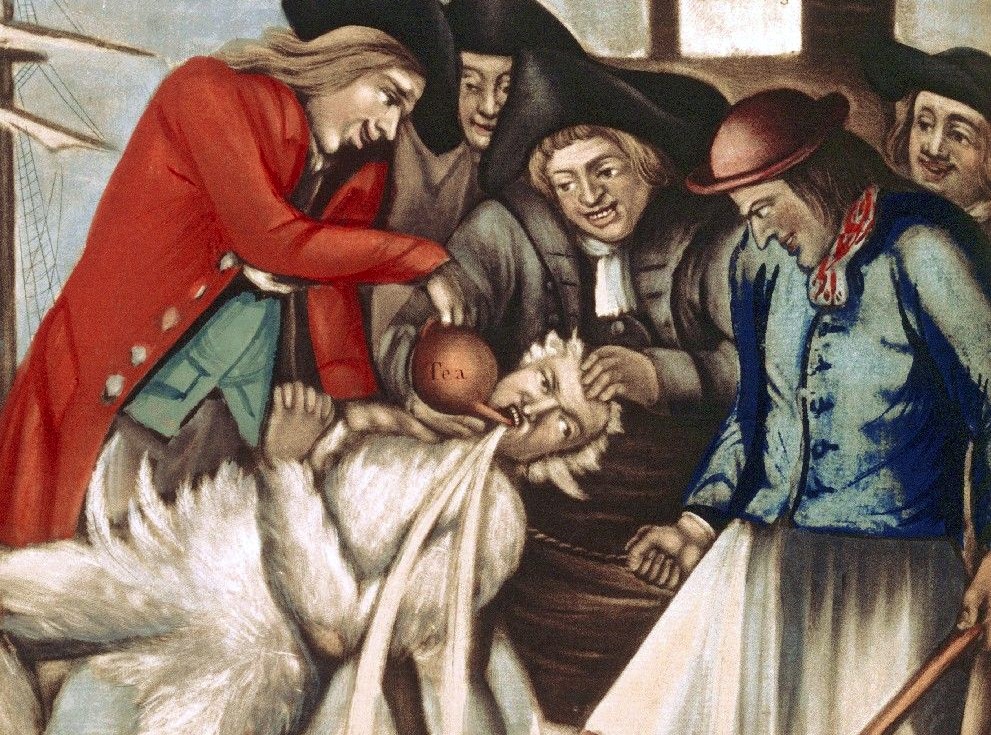 Since the Stamp Act of 1765, the British colonists in North America had rejected several taxes and tariffs which the British government had tried to impose. A central argument of the protesting colonists was that they could not decide about their own taxes, as they were not directly represented in the British Parliament – “no taxation without representation” became their slogan. As a result, new taxes were often met with protests, boycotts and sometimes violence.

Boston, one of the largest cities in North America at the time, had been a centre of the protests since 1765. It was the origin of an organization called the Sons of Liberty, who played a major role in the battle against the Stamp Act throughout the Thirteen Colonies. Later on, those protesting against the taxes were often referred to as Patriots, while those who supported the British Government were called Tories or Loyalists.

The British government raised taxes on tea in 1767, but those had been avoided by many of the colonists. In 1773, Parliament passed the Tea Act, which aimed to enforce those taxes. This led to a new series of protests and unrest. On December 16th 1773, Bostonian demonstrators destroyed a whole shipload of English tea – this event is today called the “Boston Tea Party.“

On January 25th, 1774, the Bostonian Loyalist and customs official John Malcolm was captured, tarred and feathered by a group of Patriots. The caricature below was used to illustrate the events in America for an English audience. What view does it express?